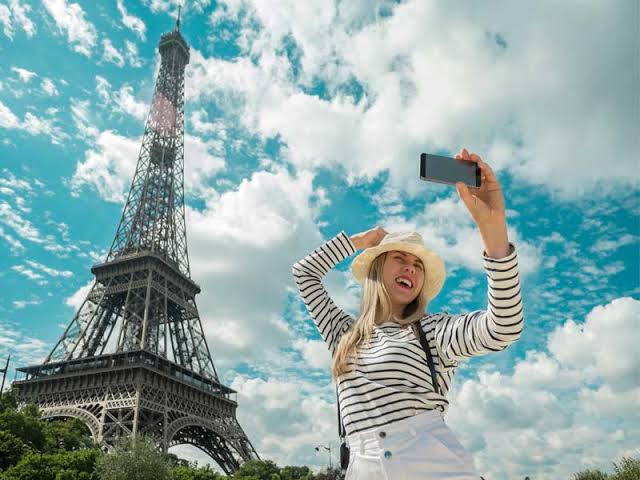 Who doesn’t like to travel? Residents in Spain made 182 million trips, 8.6% abroad, according to data from the National Statistics Institute. Buying tickets, packing suitcases, planning routes and then embarking on adventure are activities that almost everyone enjoys.

And, unlike so many other things that provide pleasure, travel not only has no contraindications, but has many and varied health benefits. This has been proven by various scientific studies, as summarized below.

Stress reduction seems to be the most obvious of the benefits of travel. Even if it’s a short trip to a destination not too far away, leaving behind the routine and frenetic rhythm of life in the city allows you to disconnect, leave behind the anguish and enjoy the present.

But attention: the attitude is important, because there is also the so-called “holiday stress”, a state of tension caused by the preparations for the trip, the insecurities and difficulties that this may bring, the feeling that time will not be enough to do at the destination all “what needs to be done”, etc..

Thus, medicine can be worse than disease. Many studies endorse this data, such as one by researchers from Arizona, United States, according to whose conclusions women who take more vacations are less likely to be tense, tired or depressed and are even more satisfied in their marriage. In other words, they have a better quality of life.

Until a long time ago it was believed that the brain, as of adulthood, was no longer modified. However, science has shown that this is not the case: neurons can create new connections, and even new neurons can form, throughout life.

“To do this, it is key to train and stimulate our brain”, explained José Manuel Moltó, member of the board of directors of the Spanish Society of Neurology (SEN), “and there are three key elements to do so: face our brain to novelty, variety and challenge. Travelling meets all three”.

Situations as simple as the need to adapt to new sensations, landscapes, sounds, aromas, etc., to make a mental map of the place where one is or to have to communicate in another language stimulate the brain and make it more plastic and more creative.

“To travel requires, mainly, to learn and memorize everything strange until everything is normal and known. This is a challenge for your brain and it’s like accelerated training,” Moltó adds. The SEN specifies that these benefits reach even people who already have a neurological disease.

A U.S. study found that travel reduces the risk of myocardial infarction, especially for older people. Statistics indicate that men who travel frequently have a 21% lower chance of having a heart attack. “Vacations can be good for your health,” the findings of this study recommend.

Although the works in this sense generally refer to older people, it is clear that the physical activity derived from travel is beneficial for anyone, especially for those who have a very sedentary daily routine.

Every journey represents a sum of challenges: to move, to get used to an unknown place, to relate to its people. And the farther away the destination, the greater the challenge, as it involves coming into contact with exotic customs, unknown languages and, inevitably, problems of various kinds. Looking for the resources to solve them and be able to move forward boosts self-esteem like few other things can do.

The trip is also a source of future memories and anecdotes to tell, not to mention the possibilities offered in this sense by social networks. The pseudonym of 19th-century British writer Mary Anne Evans, wrote, “our wanderings travel with us from afar, and what we have been makes us what we are. All of this also contributes to strengthening self-confidence.

Greater breadth in dealing with problems

In his book Go Away Just For The Health of It, published in 2000, the prestigious Canadian physician Mel Borins wrote: “Going away contributes to moving away from the stressful parts of life. It can help improve your outlook, provide new insights, and allow you to develop new coping strategies.

That’s what it’s all about: when you know other realities, you distance yourself from your own life and you can see your own problems in their true dimension.

Often, after a trip, many people value what they have much more and stop complaining (or do so less) about what they lack, which also leads to greater emotional well-being. And to quote another classic of the 19th century, Gustave Flaubert: “travelling makes you modest, because it makes you see the small place you occupy in the world”.

Psychologist Thomas Gilovich, a professor at Cornell University in the United States, has had an object of study for years: happiness. From his studies, he has come to a conclusion that, in any case, many people know or intuit: travel provides greater happiness than buying things.

The reason is that stored memories, the sum of experiences, provide long-term pleasure and well-being, much longer than the satisfaction of buying something.

In Gilovich’s words, experiences improve social relationships, are valued more in themselves and less in comparison with those of other people, and are part of the identity of the person who lives them.